In 2019, one of my projects were selected for showcase at the Docker Chennai Meetup by the Collabnix community, under the supervision of the Docker Captain Ajeet Singh Raina, who was organizing both the Chennai as well as the Bangalore meetups at that time.

This meetup was attended by 40+ industry professionals who were were eager to know about how I used docker to build, scale and deploy my application on the cloud. This application was Project Hades, which was being used, at the time, to handle the workloads of 2,000 event attendees at the time. The following topics were discussed: 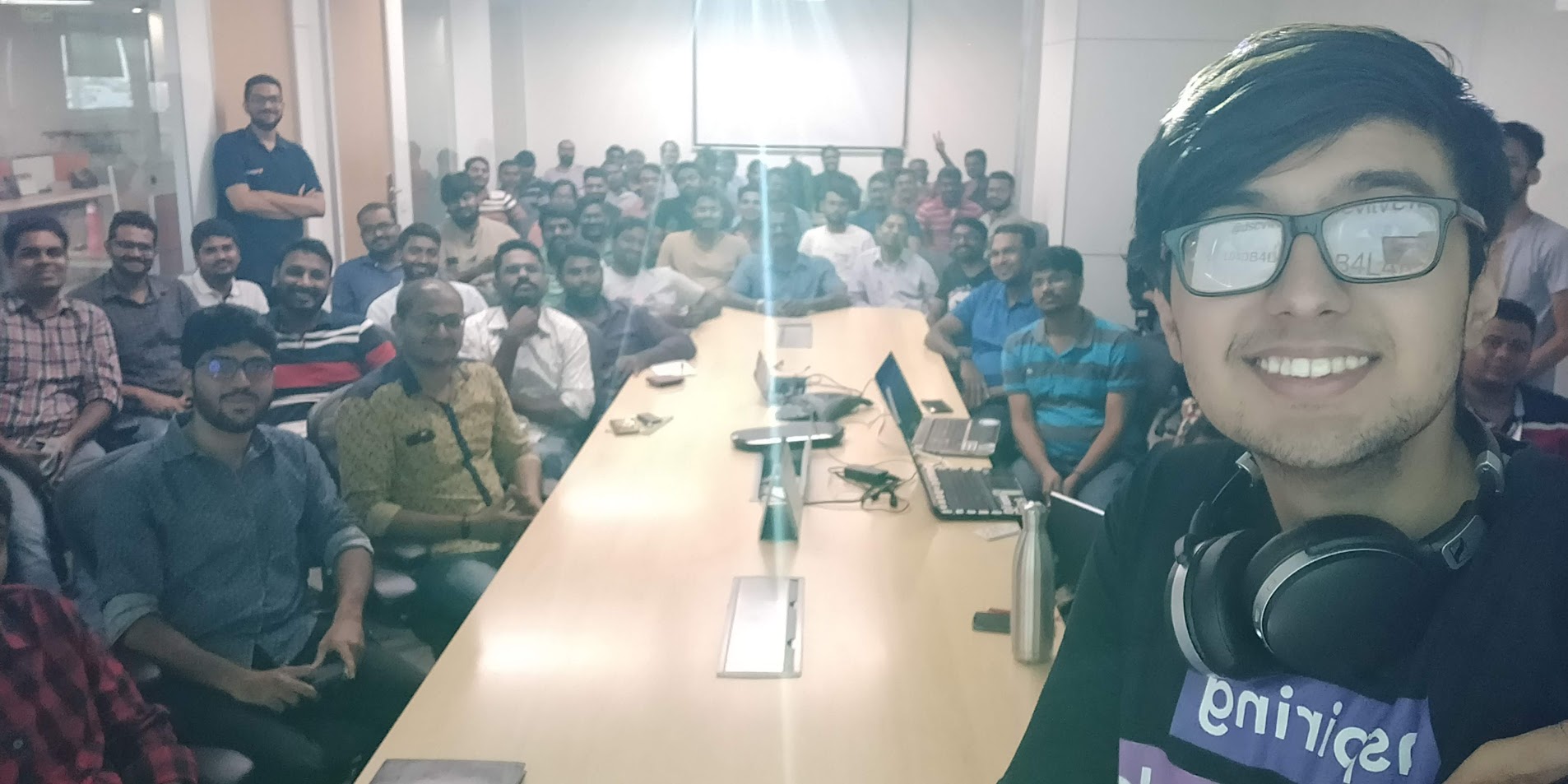