Spectrwm, is a small and minimalist tiling window manager. It is unlike manual WMs like bspwm and has more in common with dwm and i3. It was hilariously called scrotwm earlier.

Spectrwm is one of the more obscure window managers. I frankly didn’t like it as much as some of the other WMs that I have tried so I had decided not to write an entry on it. But I realized that I gotta get my points out there since some of you guys might have different opinions about this window manager (and might be able to change mine as well).

Spectrwm is available on most source repositories. In addition, you can download the release and build it from source.

When you login to spectrwm, you get a basic menu bar which contains details like:

Spectrwm does not support some popular menu bars such as the beloved polybar, yabar and lemonbar. If you want to customize the menu bar, you can either write your own script or use an alternative that works with spectrwm, namely conky. In this blog we will be using conky to configure our menu bar.

All of the default keybindings of spectrwm can be seen in its man page (which is surprisingly comprehensive). Almost any problem while setting up spectrwm can be resolved by RTFM (Reading the Freaking Manual).

Spectrwm comes with 3 layouts mainly. You can switch between these layouts using the Mod + Spacebar keys. The default modifier in spectrwm is the windows key (Mod4). 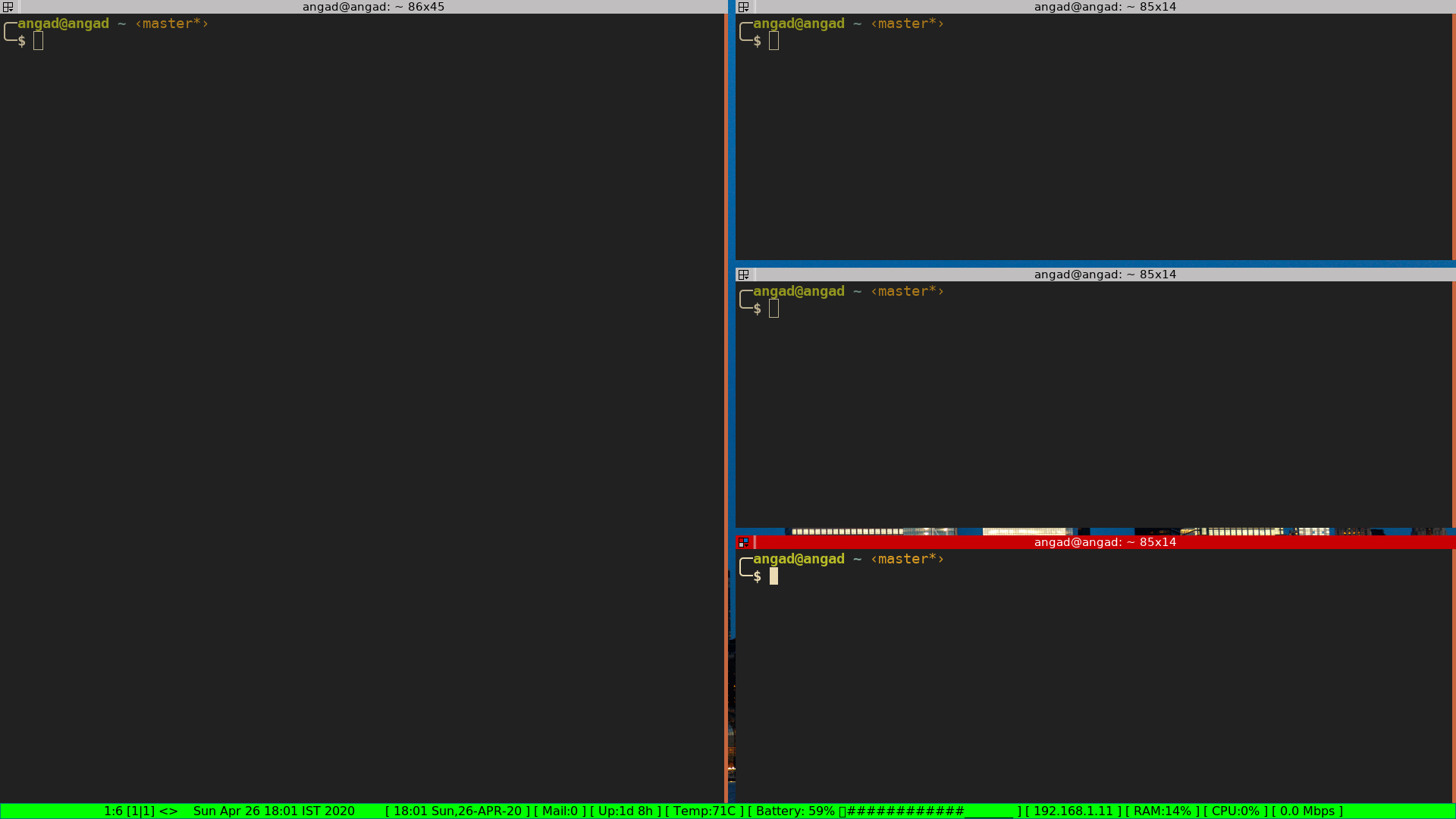 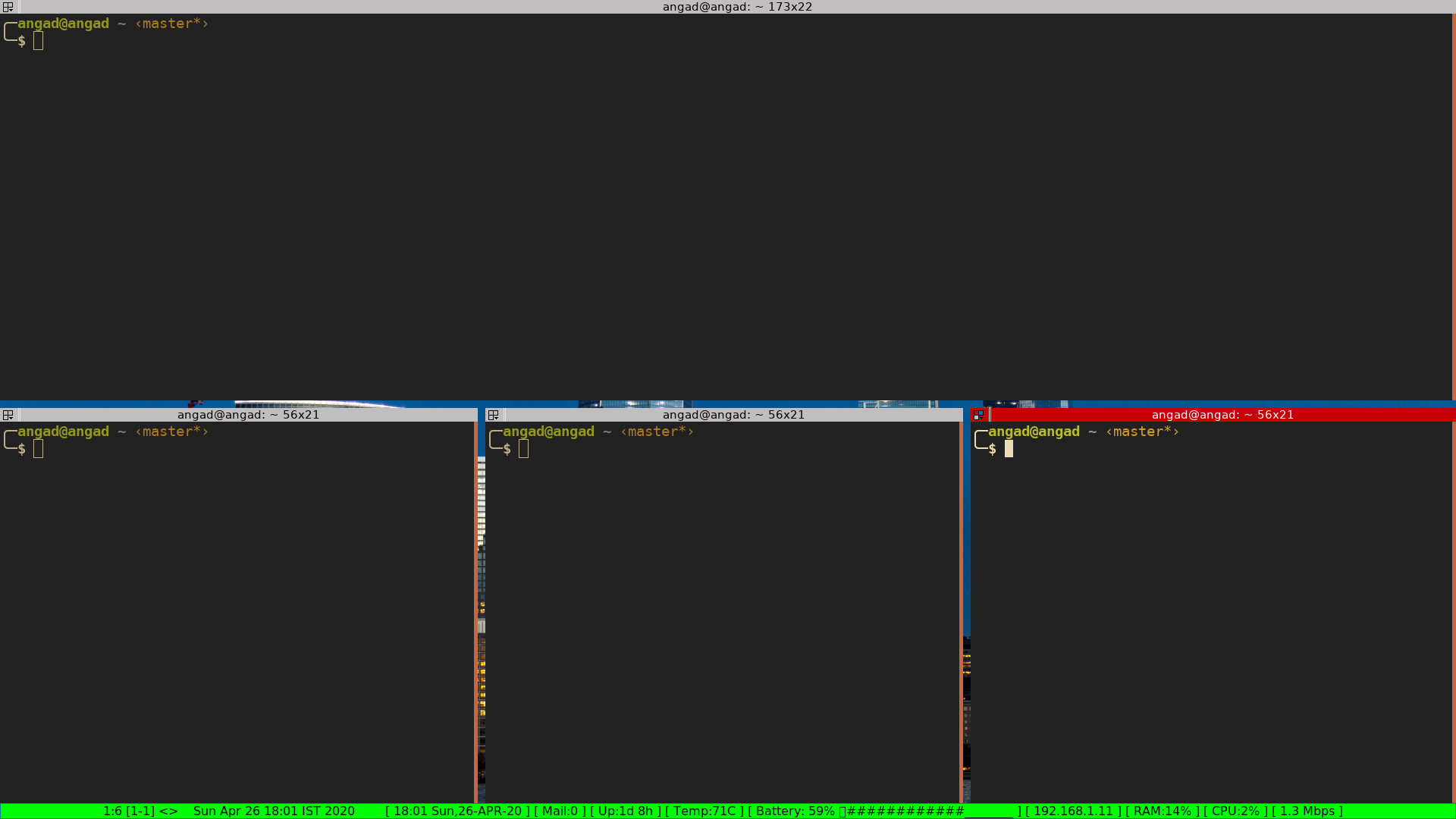 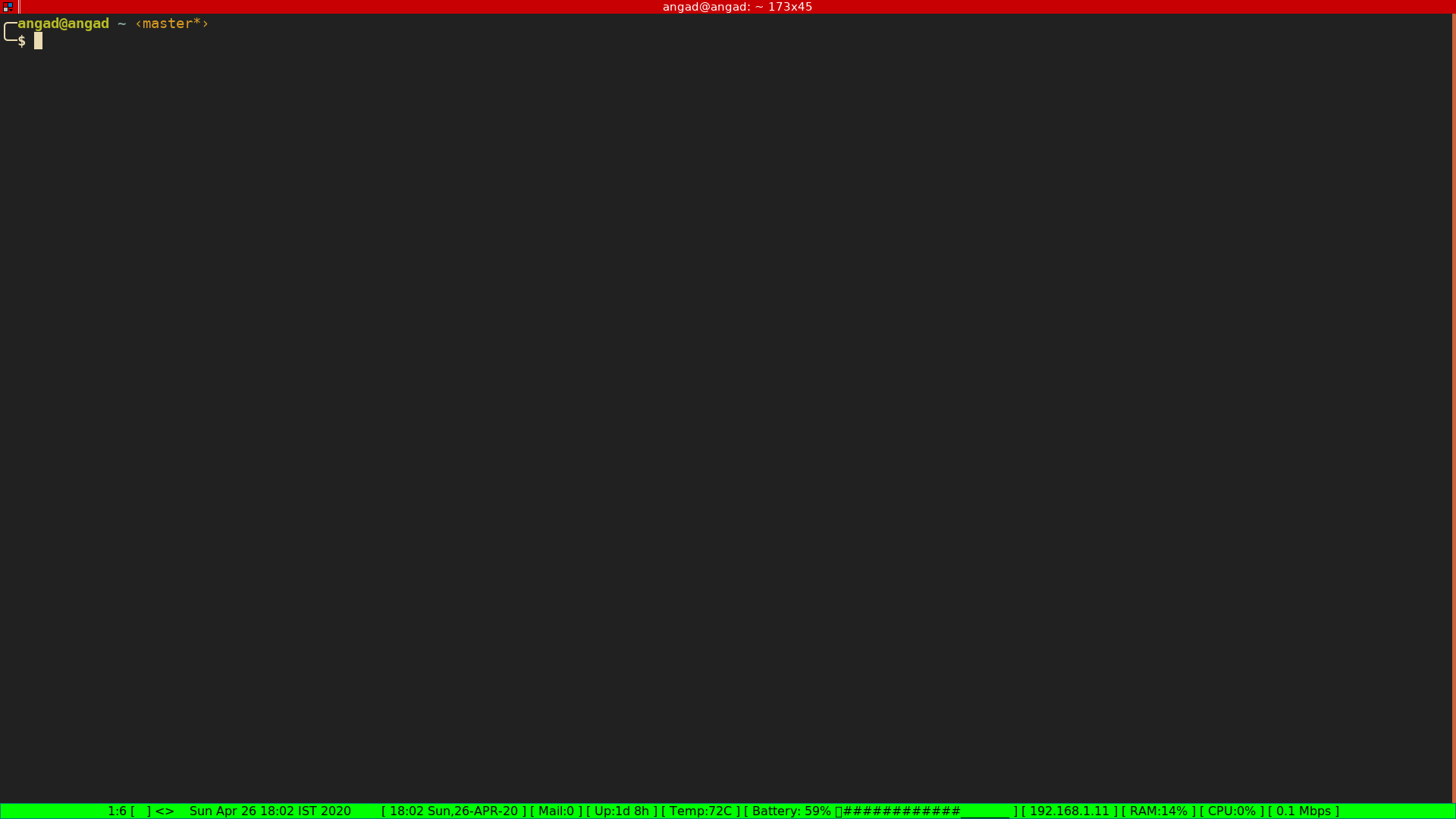 As soon as you go inside the file, you will notice that all of the important functionalities that you might customize in a window manager are already commented. Whenever you make a change in the configuration, just press the Mod + q key to restart spectrwm.

Configuration in spectrwm is pretty self explanatory so I wont be diving deeper. I will just touch on these three subjects:

The bind function can be used for mapping programs to keys in spectrwm. Now this might not be obvious but there is a separate configuration file with a LOT of key bindings specified beforehand. You can head over to the official spectrwm repository to take a look at the keybinding configurations. All of the configuration files with country ISO codes ahead of them (eg: spectrwm_fr.conf) are the files which you need to look at.

You can paste the contents of spectrwm_us.conf in your ~/.spectrwm.conf and fiddle around with the keybindings to suit your needs. The syntax is pretty easy to understand:

You can associate a certain program to open a certain way using quirks. They can be thought of as modifiers which limit (or extend) the actions of a specific program in a window. For example:

The format of a quirk is the following:

If you take a closer look at the bar section of a spectrwm configuration, there is an option called bar_action. You can map it to a custom script if you want. You can also map it to conky, if you want to use it:

Conky is a lightweight system monitor for X11 that can be used to display any kind of information on your desktop. It needs a configuration file at ~/.conkyrc. This is how my conkyrc looks like:

Refresh your spectrwm and you will get a bar like this:

To learn more about conky, you can head over to its official repository:

Some of you might not agree with this section. But know that some of these points are facts and others are just my opinions. They might not be a deal breaker for you. Some of these are some issues that I faced while dealing with spectrwm, even after RTFM, so I felt like I needed to mention it for all of the new users who might want to try spectrwm out.

Spectrwm aims at being a very minimal and lightweight window manager, not just in terms of lines of code and bulk but in terms of usage. If you are someone who does not want any aesthetic distractions, wants to make the full use of screen real estate, then this is the WM for you.