Ratpoison is an ambitious project that puts the GNU screen command as a first class citizen. This window manager professes minimalism and makes sure that the user does not need a mouse at all, hence the name.

If you are an emacs user then you will feel more in home with this window manager. For all other users, this WM is a bit complicated to get used to, yet very easy to configure.

After installing it, simply add the following line in your ~/.xinitrc , logout and log back in again:

After you login, it will just show a black screen with nothing on it. But you will see an info bar on the top right corner informing you of how to open the help and application menu.

Press Ctrl + t + ? to view the keybindings. The best part about this list is that when you create your own bindings, you will be able to see them getting updated in this list.

Ratpoison has excellent documentation. Distributed on it’s official website as well as it’s man pages. An exhaustive list of default keybindings is given here.

Ratpoison is a tiling window manager and only supports 2 layouts: Horizontal and Vertical split. 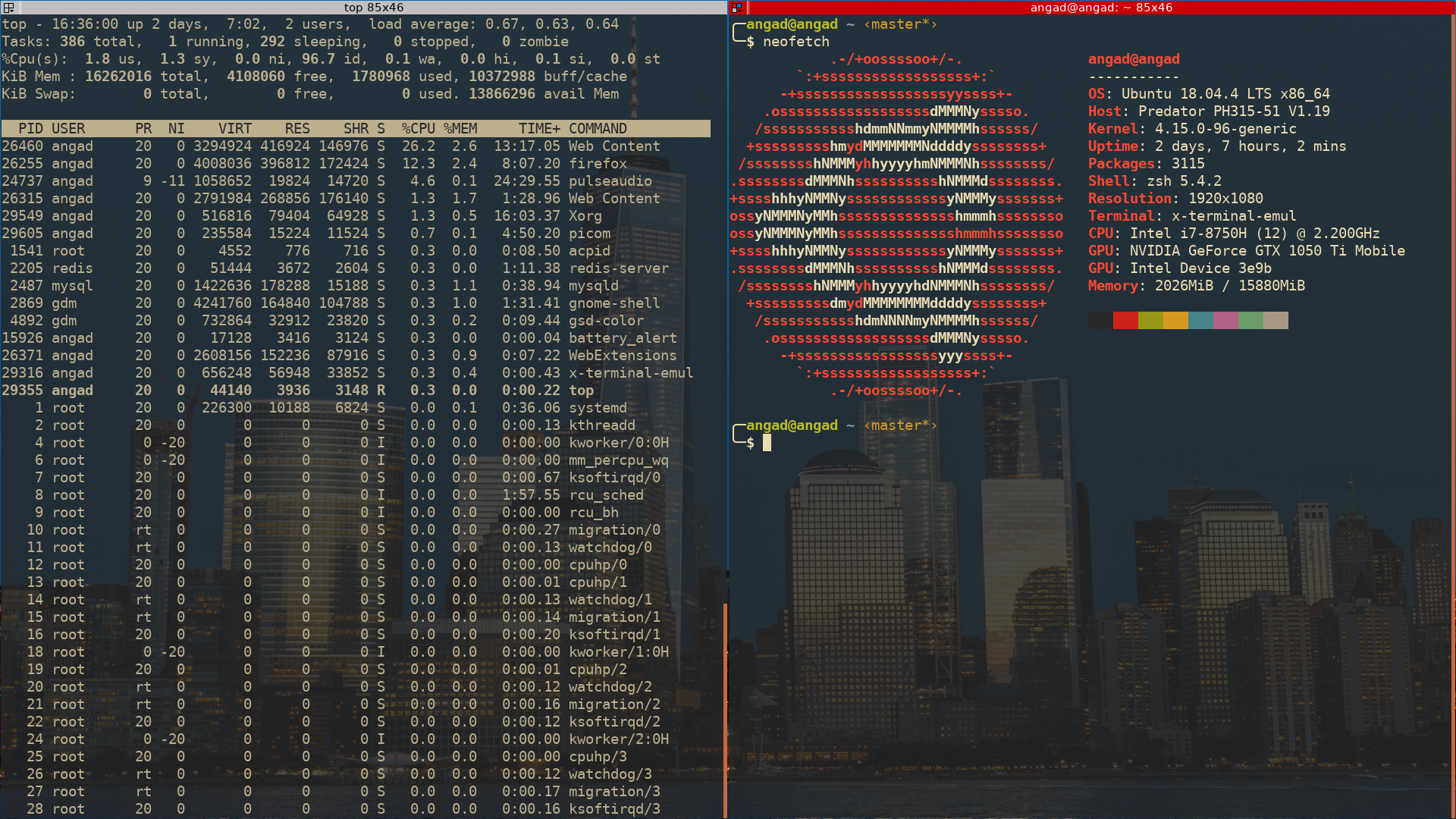 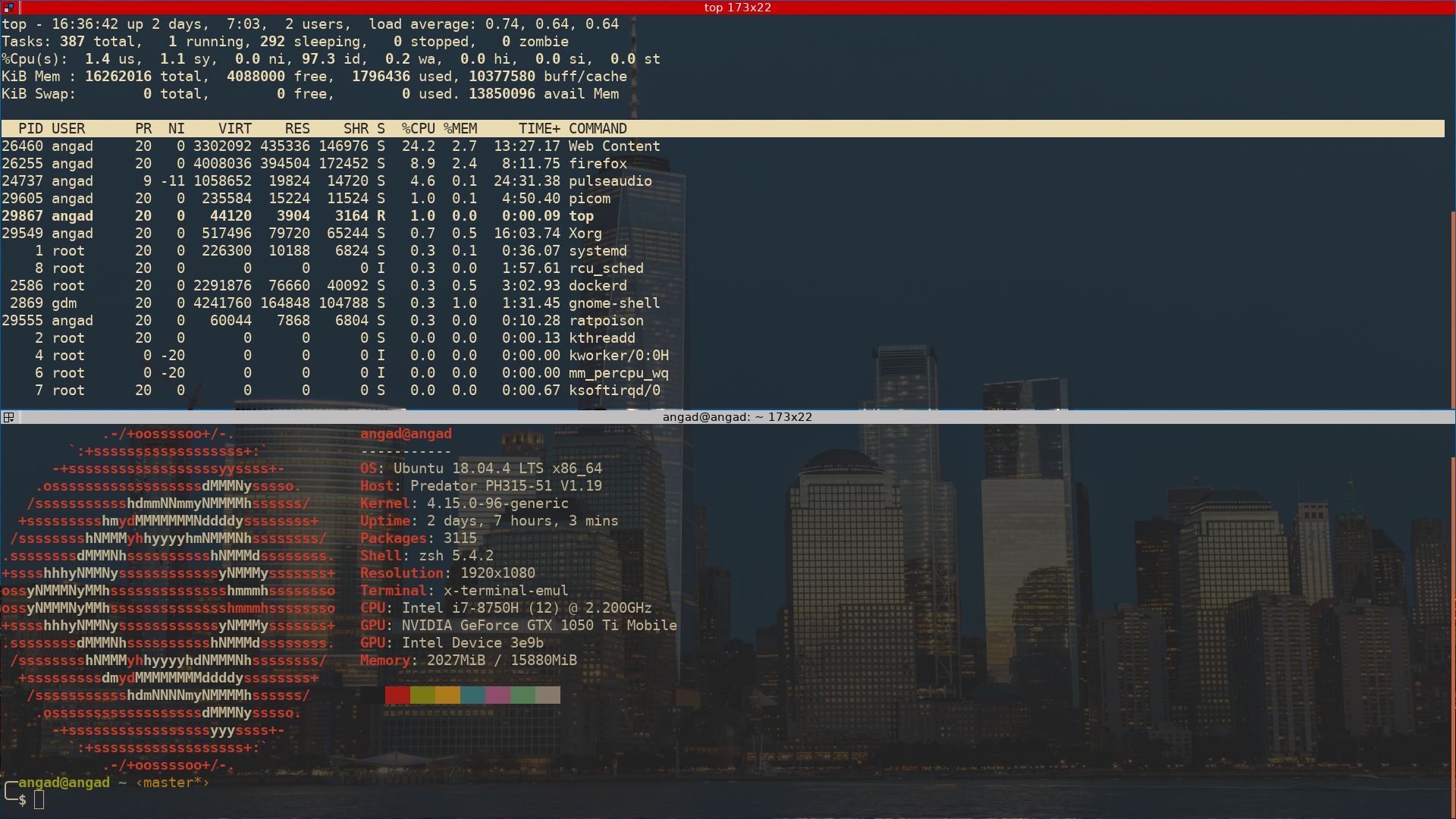 Ratpoison has its own awesome-style application menu. It can be activated using Ctrl + t + . . It isn’t nearly as comprehensive as the menu we get in awesome, but it is useful for easy navigation to X11 apps. 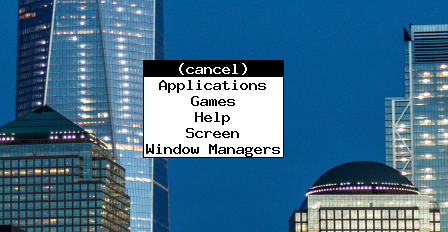 Each window in ratpoison occupies an entire frame, with no overlapping of frames allowed. You can easily jump from one frame to the other by pressing Ctrl + t + [num] where num is the numeric identifier of that frame. One unique thing about ratpoison is that you can even rename your windows so that you can easily refer to them for navigation.

Notice how each window frame has a number next to it. That number can be used after hitting the top command to jump to that frame. You can also jump to the previous and the next frame using the Ctrl + t + n|p commands.

To start configuring ratpoison, create a file called ~/.ratpoisonrc . Here is what my configuration looks like:

You can read more about how to configure your ratpoison from here. Ratpoison requires minimum configuration for the most part. That is a huge perk in its favour.

Ratpoison aims at only one thing: Getting rid of the mouse. And it succeeds keeping user away from the mouse for the most part. I noticed that ratpoison is extremely hard to use with its default keybindings and inflexible window splits. Especially due to the fact that I come from a vim environment rather than emacs.

I can see how ratpoison will be ideal for someone coming from emacs, but I still feel that there are more feature rich window managers out there which can be used in a minimal fashion to ensure minimal mouse usage. In lieu of this, I certainly wouldn’t recommend ratpoison for a newcomer. If you are a veteran emacs user then this WM might be for you. I personally prefer spectrwm over ratpoison when it comes to following “no wasted screen real-estate” philosophy.