Monsterwm is a dynamic tiling window manager forked from dminimalwm, which was inspired by dwm. It has a lot of similarities with dwm and feels like home for people who have used suckless tools. Read my blog on dwm to get additional insight on this particular WM, but you don’t need to do so to understand this window manager:

Monsterwm aims to keep its codebase under 700 SLOC (source lines of code), as compared to dwm’s 2000 SLOC limit. It does so by removing the status bar altogether. It believes that the status bar should not be the responsibility of a window manager.

Execute the following commands to get started with monsterwm:

Now simply add the following line in your ~/.xinitrc:

Now that you are all set, logout and log back in again. Once you do, you will see a blank screen.

To spin up a terminal in monsterwm, just press the following: <Alt> + <shift> + <Enter>. If it doesn’t work then checkout the changing keybindings section where I talk about remapping the key bindings and customizing which terminal should open up.

If you keep on opening terminals up then you will notice that the focus shifts to the newest terminal in the stack. A stack is a LIFO (last in first out) data structure. Monsterwm makes sure that the most attention goes to the recently opened program.

Monsterwm has the following layouts by default: 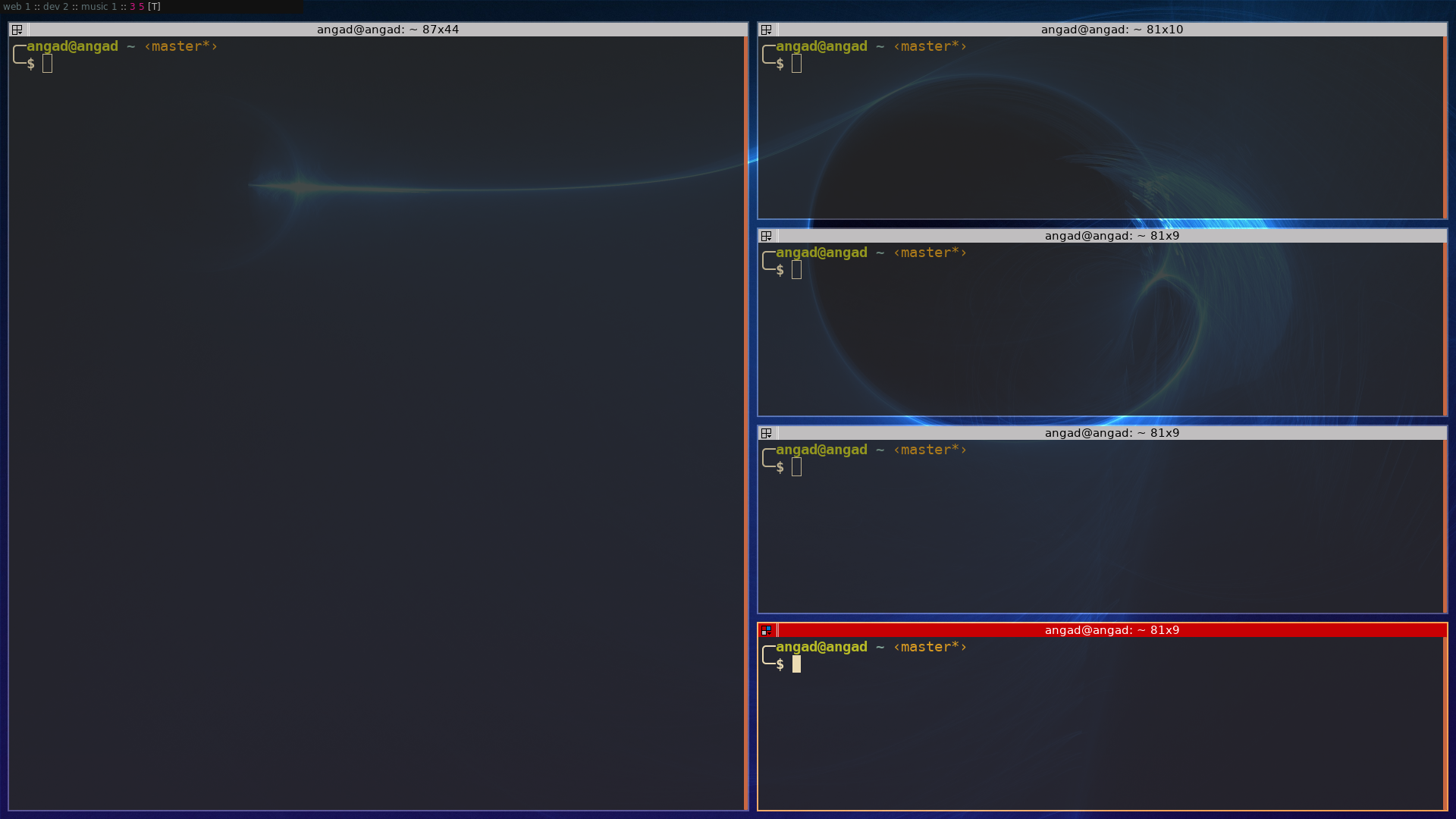 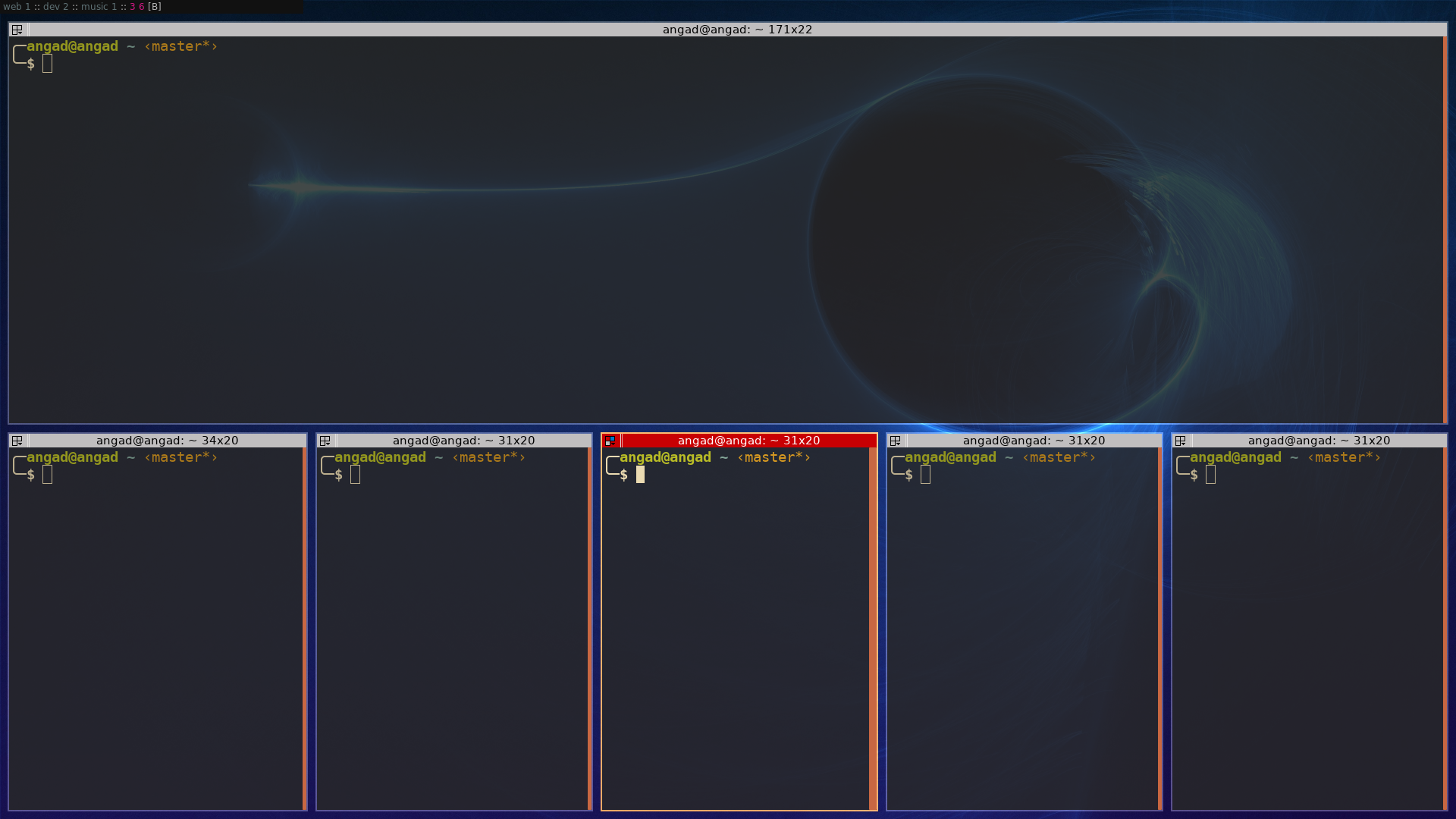 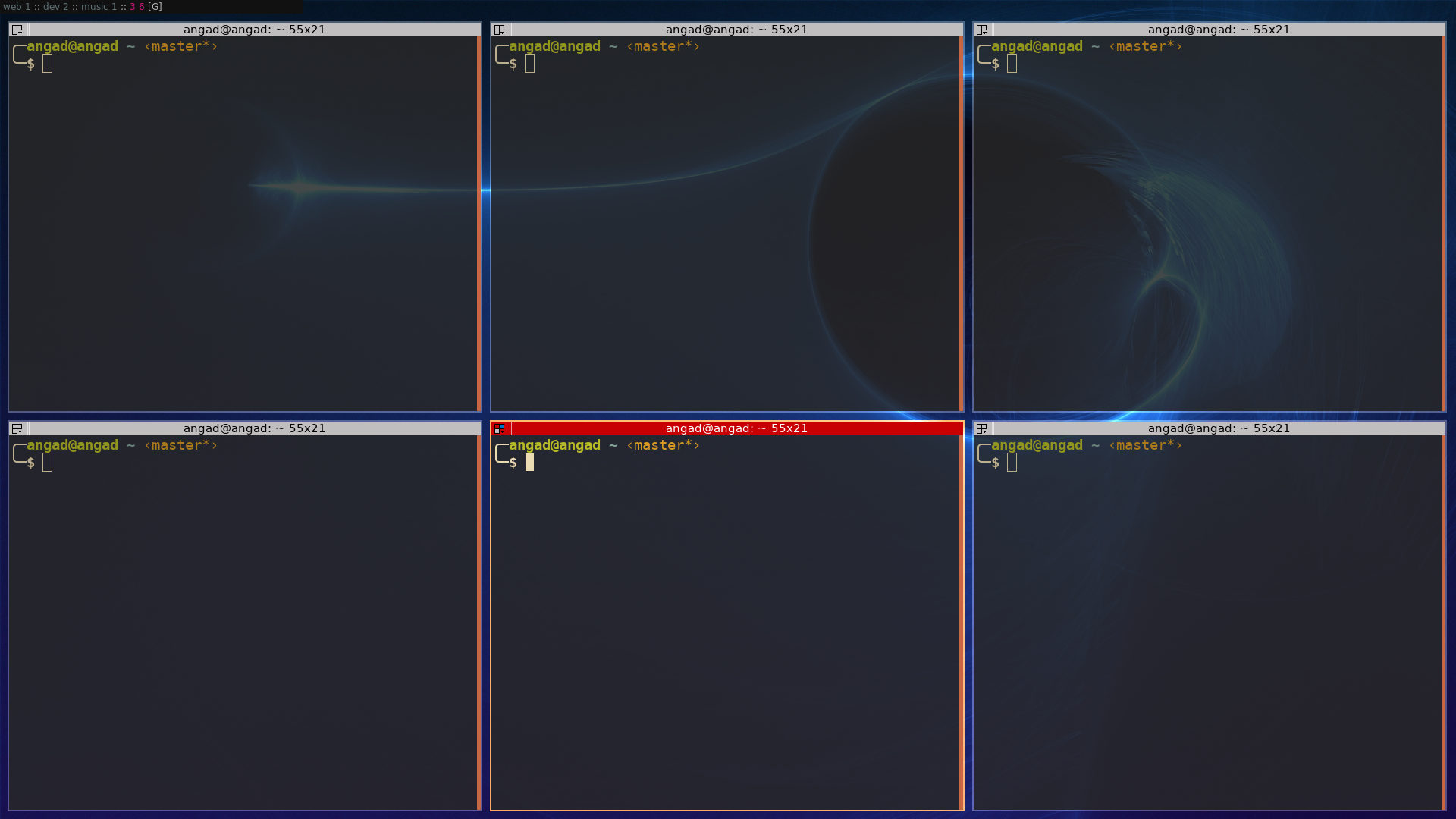 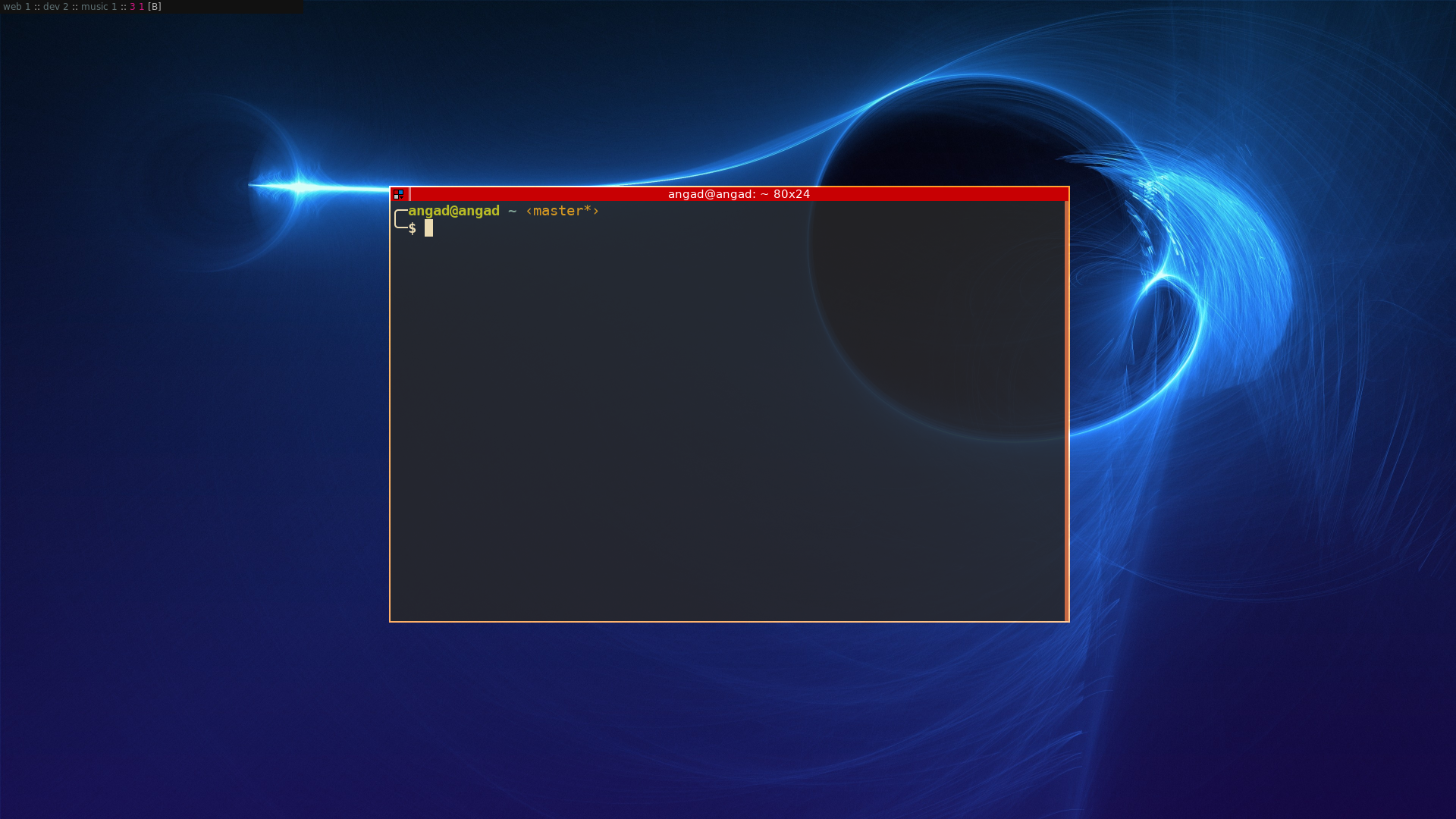 Configuring and patching monsterwm might be difficult for beginners. The source code configuration file is similar to dwm, so if you have used dwm, then monsterwm will be even easier.

Using your terminal, go to whichever folder you have cloned monsterwm in and type ls.

You may notice the configuration files in the directory.

config.h and config.def.h are the files that you will need to edit when you are configuring monsterwm.

Open the Makefile and edit clean recipe to add the following line of code in it:

This will make sure that whenever you are configuring a patch, you won’t have to make changes in both config.h as well as config.def.h.

Now whenever you make a change in the config.def.h, simply run make clean install for re-building monsterwm from scratch. Then logout and log back in again for the changes to take effect. Monsterwm requires its source to be rebuilt every time there is a configuration change, which is exactly like dwm. 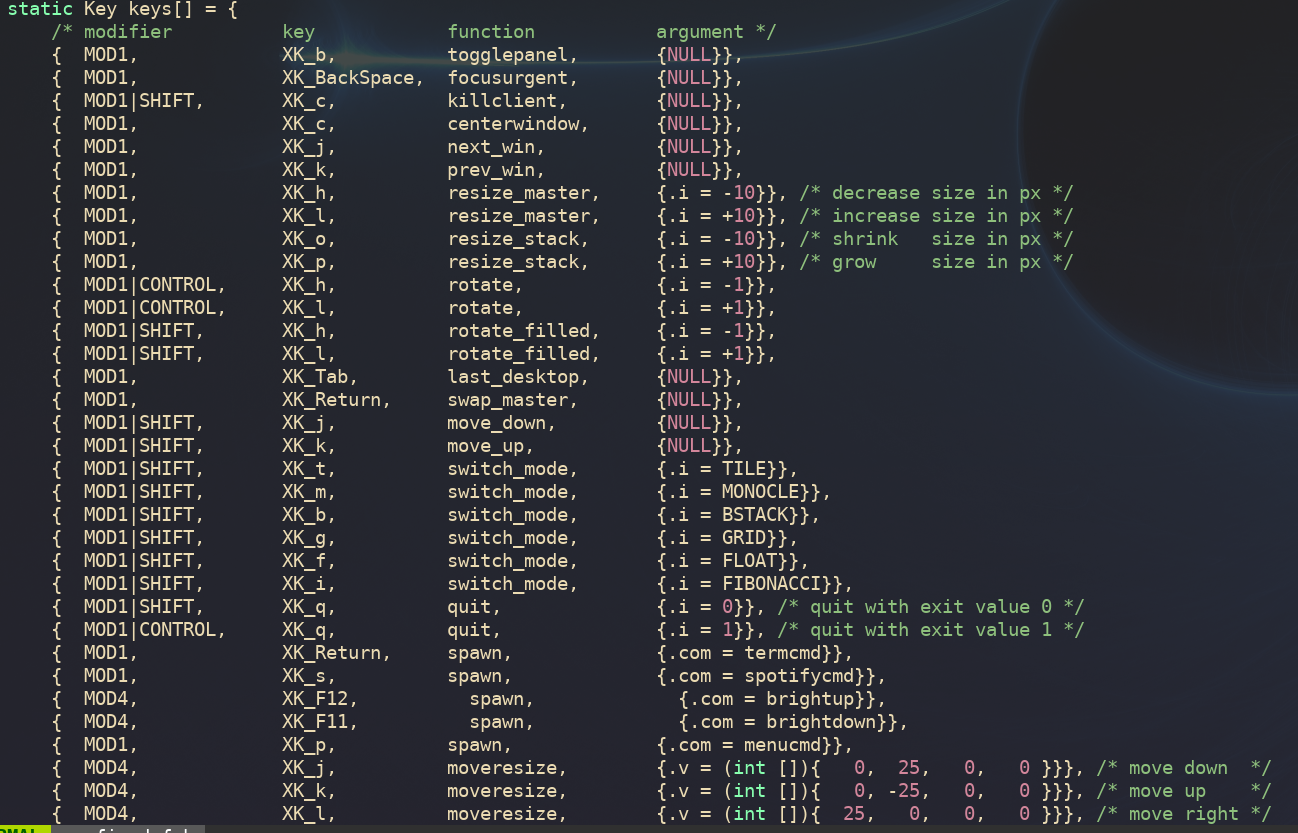 It means that for spawning a terminal, you would have to hit <Alt> + <Shift> + <Enter>. You can already see in the screenshot above, that I have removed ShiftMask from this line. So for opening up the terminal I simply do <Alt> + <Enter>.

Some extensions to monsterwm are supported in the form of patches. Easiest way to apply a patch, is to git merge that branch. Here is a list of patches for monsterwm:

Let us install the fibonacci layout. For doing so, simply run the following commands in the source repository:

After doing so, simply restart the window manager. Look in the config.def.h for the changes added (as well as the keybinding). Activating this patch will make your windows spawn like a spiral: 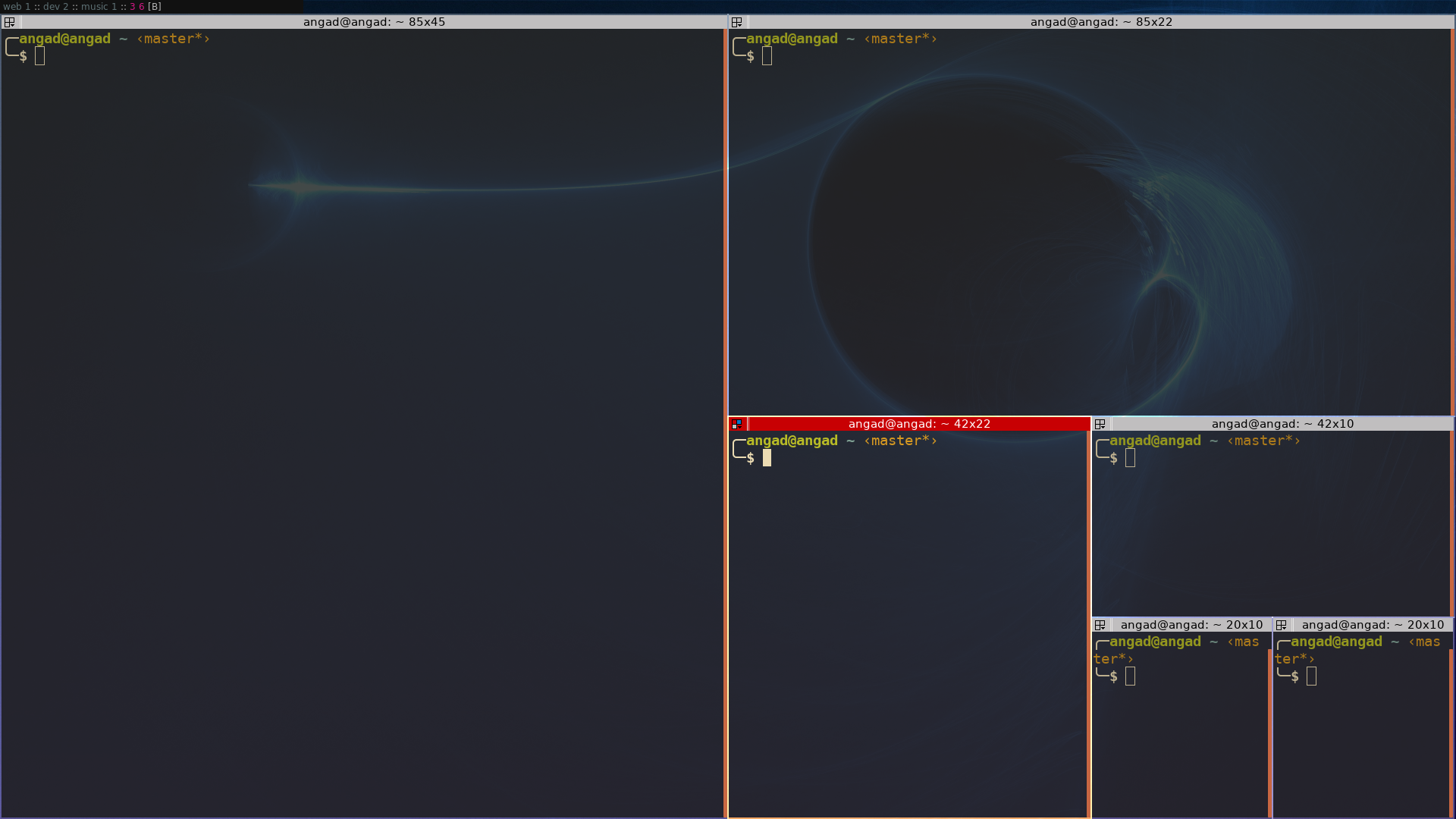 Setting up a status bar

Monsterwm does not support a status bar but allocates (by default) 18 pixel on the top part of the screen for a custom status bar. This allocation is of course customizable. Whenever we run monsterwm, it outputs the workspace information as a stream. This stream can then be piped and the output can be shown to a terminal. In the following case, I am outputting the monsterwm to a temporary file. Let us name this file startup.monsterwm

In my .xinitrc, I will add the following, instead of executing monsterwm directly:

Now when my monsterwm is up and running, let us switch workspaces and see the terminal output by catting the file in which we are piping our output:

You can see that it outputs real time information such as which monitor is being used, as well as how many windows are open per desktop. We can use this output as an input to dzen to show a status bar like this:

Check out these gists for some ready made scripts for setting up status bars. Copy any script you like to a file, and exec that in your .xinitrc.

For those of you who thought dwm was minimal, monsterwm goes one step ahead to ensure a separation of concern between a window manager and its status bar, stripping down a lot of code in the process. It is one of the most lightweight and fast window managers.

Monsterwm is difficult to configure than your traditional window manager (like awesome or i3). But its patches are stable and do not break with monsterwm versions (ahem ahem dwm). Documentation can come from multiple sources since its configuration is almost exactly like dwm.