Herbs…..what? How do you even begin to pronounce this window manager? After some digging, it is apparently pronounced as the following: herbs + laugh + umm. And this is the version that makes the most sense! As to why it is named so:

I liked the name of the e-mail client wanderlust. Unfortunately I am a happy mutt user, so I needed an other application with a similar name. - the creator of herbstluftwm

Nevertheless, herbstluftwm is one of the easier window managers to get started with. The following is an index to help you navigate this blog easier:

According to the herbstluftwm wiki, it functions in the following way:

In the last blog, we understood that startx loads the display manager, which in turn loads the .xsession and .xinitrc scripts to configure the X Client, which is herbstluftwm in this case. When started, it runs the ~/.config/herbstluftwm/autostart script to load all of the configurations.

Herbstluftwm is very easily to install, and will most likely have an installation candidate for your distribution. 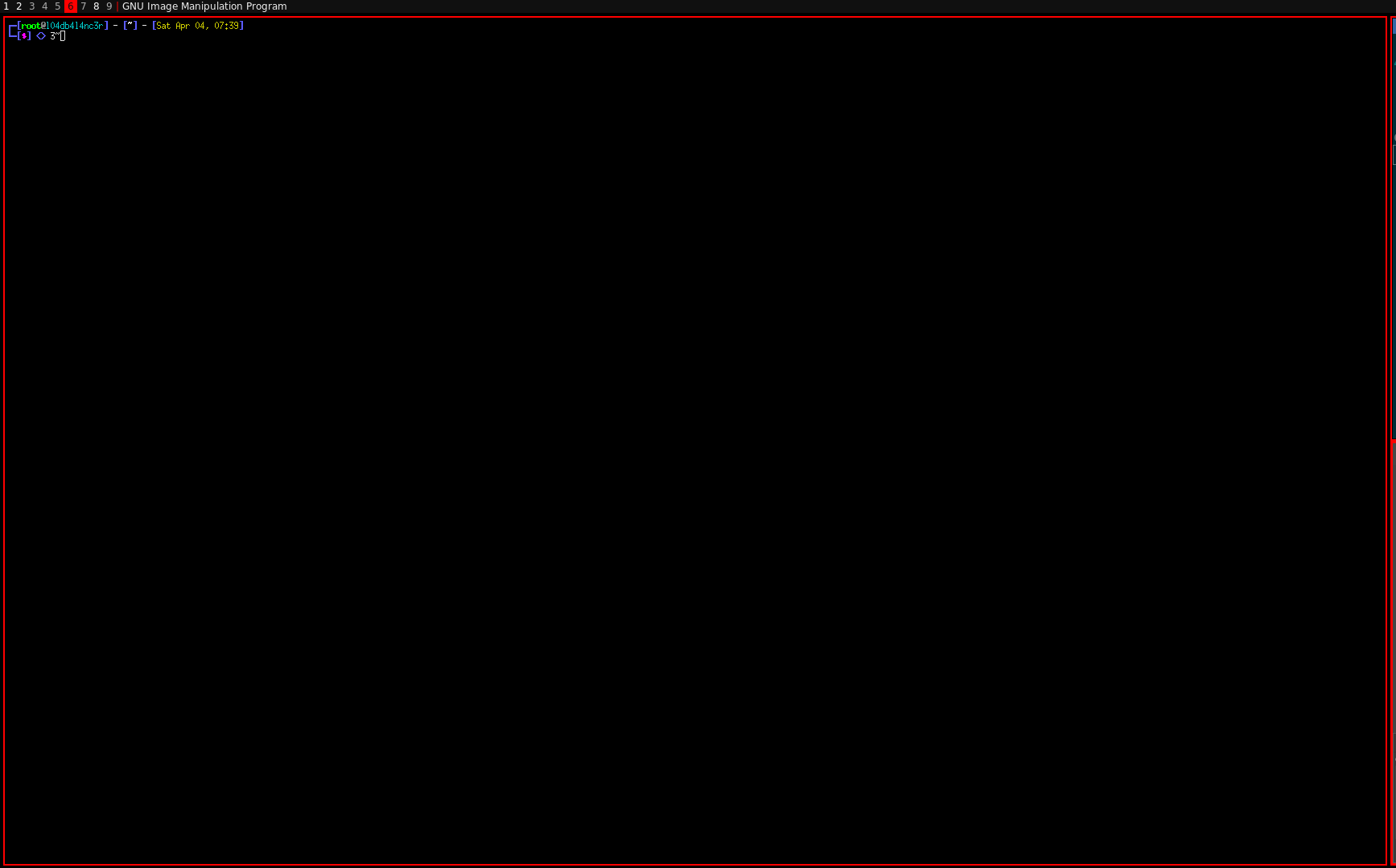 Notice that the top bar has a few numbers, starting from 1 to 9. These numbers are tags (workspaces) that we can switch between. To do so, simply hit <Alt> + [1-9]. For example <Alt> + 6 will take me to the 6th tag. Note that whatever was running on the previous tag keeps on running there as usual. The highlighted numbers indicate that there is something running on those tags.

Herbstluftwm uses a lot of vim bindings for navigation. Here are some of the default key bindings for splitting windows and navigating: 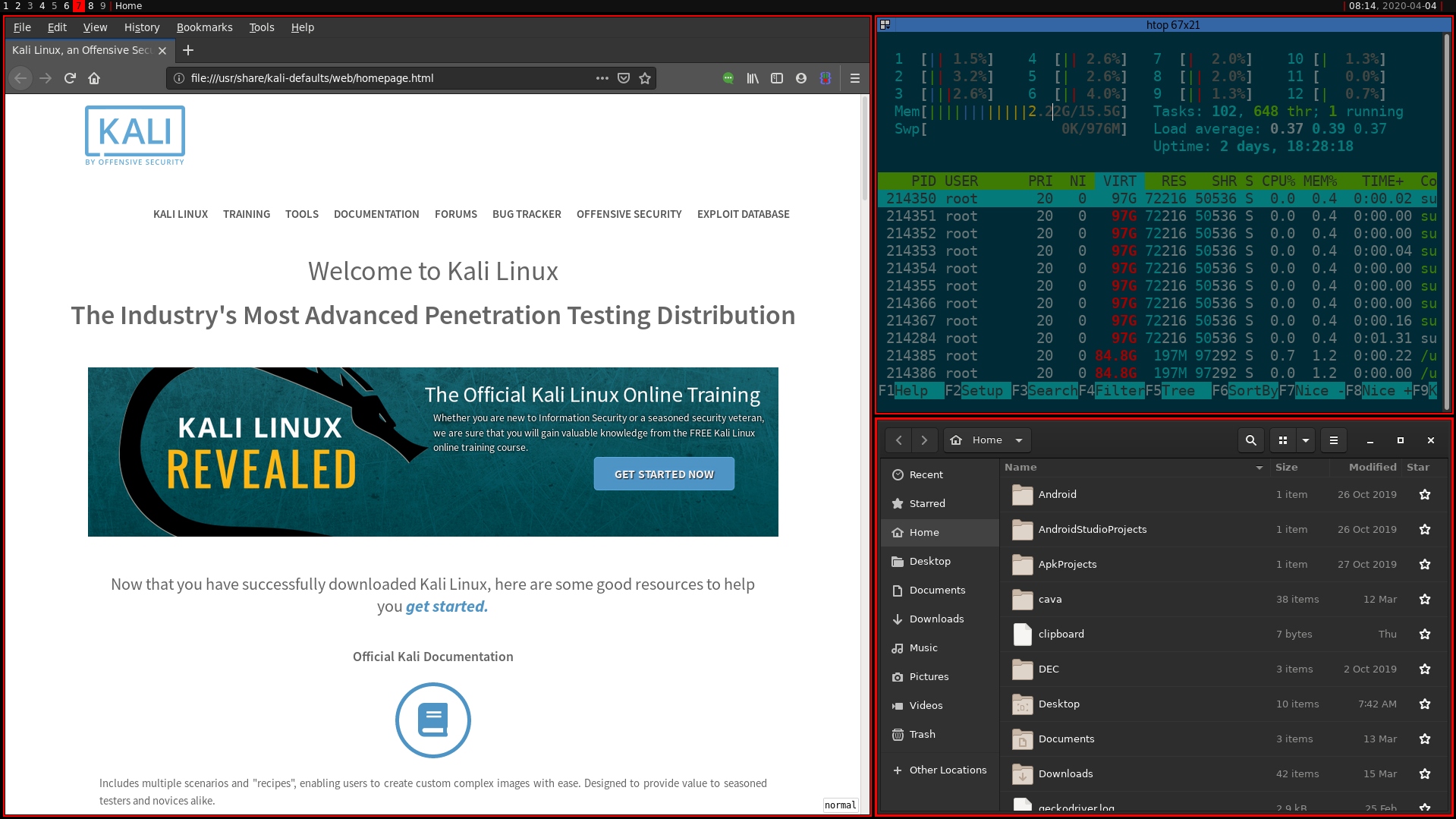 Here the default super (called a modifier in herbstluftwm, or Mod) <Alt> can be changed by editing the configuration.

The only way to communicate with herbstluftwm is by using herbstclient, which is a command line utility for inter-process communication with the WM server. To see the list of available commands, run:

It is a very powerful tool. In fact, the autostart file we mentioned earlier, has a lot of key bindings mapped to herbstclient commands. A simple example of how we can use herbstclient is:

This command will talk to the herbstluftwm backend to launch an instance of firefox in the current tag.

To learn more about how to use the client, go to the tutorial.

All of the herbstluftwm configuration lies in ~/.config/herbstluftwm/autostart. This file can be edited for some of the following functionalities:

And much much more. A simple example is the following:

Here, hc is an alias for herbstclient, and $Mod is

The best part about herbstluftwm is that after changing the configuration, you don’t have to logout to re-compile the program. Simply pressing <Alt> + <Shift> + r will reload the configuration with the changes made!

Herbstluftwm is very easy to get started with. It has the capability to load the configuration during runtime, has a sophisticated client, and is extremely fast due to minimalism. I would recommend it to anyone who is getting started with window managers.